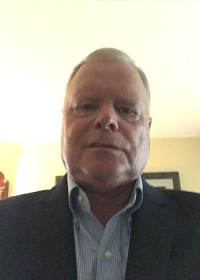 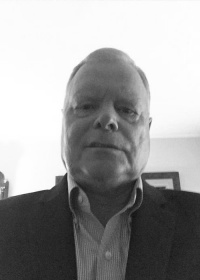 info:
Jim Martin was born in Jamaica, New York and grew up in Queens Village. He attended local Catholic grammar and high schools and received a BBA from Iona College in 1975. Jim began his career at Coopers & Lybrand, a large public accounting firm, where he worked for four years and completed his requirements to become a Certified Public Accountant. Jim then spent the next 33 years working in the reinsurance industry and retired from Swiss Reinsurance America Corporation in 2012. During his career in reinsurance, Jim held senior executive positions in accounting and finance at four international reinsurance firms, including 23 years at Swiss Reinsurance America Corporation.
Jim has been married to his wife, Kathleen, for 44 years and is the father of three boys, two of whom are married, and all live and work in the New York area. He is also the proud grandfather to six grandchildren.
Jim and Kathleen have been very active in St. Gregory’s parish and school for the past 40 years. Their children all attended St. Gregory the Great School and were involved in many CYO and intramural sports. Kathleen was also a class mother. Jim served as a CYO and intramural coach in the Athletic Association and also served on the Athletic Board and as an intramural coordinator. Jim has been on the Finance Committee for the parish and the school for many years, and also worked the Festival for most of those years. Jim and Kathleen were also involved in hosting baptism classes in the home for expectant parents and served as Eucharistic Ministers. 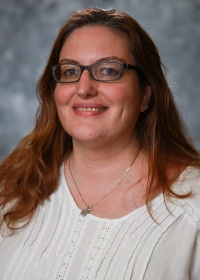 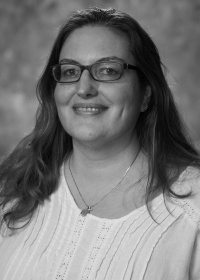 info:
Margaret E. McGlynn, Ed.D. is a life-long resident of Bellerose as well as a proud member of St. Gregory the Great Parish and alumni of St. Gregory the Great school. She is excited to be joining the Academy family and is happy to share her knowledge and love of learning with St. Gregory the Great community.
Dr. McGlynn has a B.S. in Elementary Education with a certification in PreK through grades 6 as well as an English certification for grades 7 through 12.  She began her career in Whitestone as a Reading Specialist in District 25 where she taught grades 7 through 9 while continuing her education and becoming certified as a School Building Leader.  In 2010 she received her doctorate degree from St. John’s University and published a study entitled “Teacher’s Perceptions of Literacy and Policy Implications for School Leaders.”   Dr. McGlynn has worked as a classroom teacher, Reading Specialist, teacher of English Language Learners, assistant principal, and principal.  Currently, she is working as both a principal at Divine Wisdom Catholic Academy in Bayside and an adjunct professor at St. John’s University.  She looks forward to seeing St. Gregory the Great Academy continue to prosper! 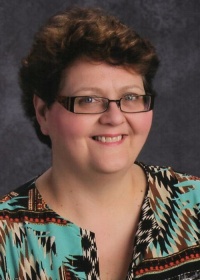 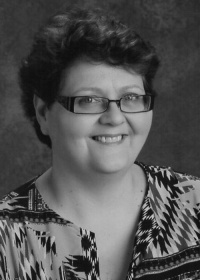 info:
Jeanne Shannon is a proud product of Catholic Education in the Diocese of Brooklyn having attended St. Thomas the Apostle School in Woodhaven and St. Francis Preparatory High School. After receiving a Bachelor’s Degree in both Elementary and Special Education, Jeanne began teaching at St. Elizabeth School in Ozone Park. She has taught at all grade levels working in both self-contained classes and departmentally. Currently, Jeanne serves as a full-time Assistant Principal at St. Elizabeth and the Assistant Director of the school’s Pre-K for All Program.
Jeanne received her Bachelor of Science degree in Elementary and Special Education from the State University College at Geneseo. After that, she studied to be a Reading Specialist at St. John’s University. Finally, Jeanne received a degree in School Building Leadership from St. John’s.
For many years, Jeanne served as a Visiting Team Member for the Middle States Commission on Elementary and Secondary Schools; she was also a member of the Diocesan Steering Committee for Emotional Literacy, serving with Dr. Marc Brackett, Director of the Yale University Center for Emotional Intelligence and has been featured in their videos. For the last 2 years, Jeanne has been a member of the NBA Math Hoops All-Star Educator Team. Jeanne is a Teq certified Smart user and has published Smart Notebook files for others to download and use in classroom instruction. Jeanne is a 2016 recipient of St. John’s University School of Education Distinguished Alumni award.
Jeanne loves spending time with her family, attending concerts and Broadway shows, reading and traveling. She looks forward to serving as a member of the St. Gregory the Great Catholic Academy Board. 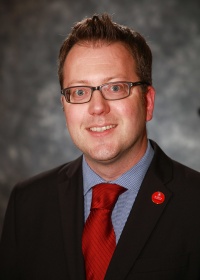 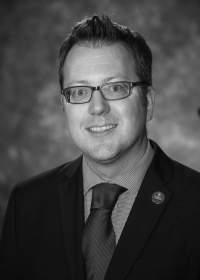 info:
Steven M.P. Neier, SGTG ’94, Board Member, is Assistant Dean for Mission, Media & Outreach and Assistant Director, Institute for Catholic Schools in The School of Education at St. John’s University.  A member of the St. Gregory the Great graduating class of '94, Steve then graduated from Archbishop Molloy High School ('98), and St. John’s University ('02) with a B.A. in English and a minor in Secondary Education where he began as a college seminarian in Cathedral Seminary Residence, Douglaston.  He began his career as a teacher in Catholic schools in the Diocese of Brooklyn.  He later earned an. M.A. in Theology from Seminary of the Immaculate Conception, Huntington ('10) where he concentrated on Liturgy.  He returned to St. John’s in 2011, becoming School of Education Manhattan Campus Coordinator in 2014 before taking on his current responsibilities. His work with the Institute for Catholic Schools began in June 2015, something for which he is incredibly grateful.  In 2016, he earned his M.S.Ed. in School Building Leadership from St. John’s University.
Today, Steve participates nationally in the National Catholic Educational Association (NCEA) Leadership Summit each fall with district superintendents and higher education collaborators from around the country and in the NCEA Convention in the spring with Catholic school teachers and administrators from across the United States.  Both of these experiences he finds incredibly uplifting and educational.
Steve views Catholic schools today as the champion of vocations to the priesthood and religious life. He is honored to serve as a Director at St. Gregory the Great Catholic Academy .  “Our students share in an incredibly rich tradition and are on the road to success at St. Gregory the Great.  Students of Catholic schools in the United States graduate from high school and attend four-year college at a higher rate than graduates of other schools.  The Class of 2018, the first graduating class of this Academy, and every class thereafter will enjoy the same bright future to which all of us who graduated from St. Gregory’s School had access- brighter still.  The new governance model only serves to secure that in the most viable and excellent way possible; brilliant things are ahead,” he says.
We use cookies on our website to give you the most relevant experience by remembering your preferences and repeat visits. By clicking “Accept”, you consent to the use of ALL the cookies.Accept